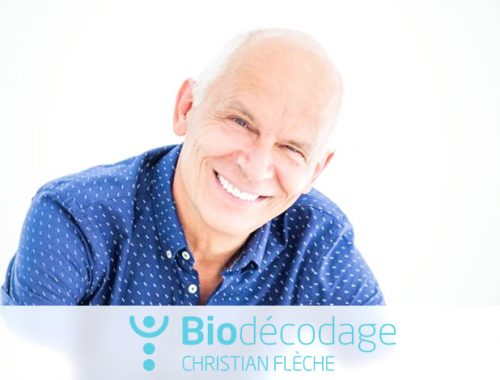 Before I get into the biodecoding of allergies, I think it would be helpful to ask what an allergy is.

Its etymology is allos: other / ergos: reaction.

It is therefore a reaction to what the subject considers to be something other than himself, something strange.

What characterizes the allergic subject is that he reacts to certain information in an exaggerated, amplified manner. The allergy manifests hypersensitivity. It requires overreaction to the weird.

It also shows a modification of the reactions of an organism against a pathogenic organism (allergen) when this organism has previously been the object of an attack by the same agent (localization in time).

The three specific points of each allergy

The allergen, that is to say the “allos”: it is chemical, tactile, auditory information, etc. That it is not toxic in itself (cotton, dust, pollen, hair, milk, egg …) but that it causes an injury from the second contact with the subject. Almost anything can become an allergen.
The reaction, that is to say the “ergos”: manifests itself by a tissue lesion (ex: Urticaria), an excess (instead of blowing twice a day, it is necessary to blow 25 times), hypersensitivity (ex: wool does not tickle but their contact is unbearable). Almost all diseases can be allergies (provided you find and identify the trigger): hay fever, asthma, urticaria, laryngitis, eczema, circulatory collapse, asphyxia, bronchial hypersecretion, sneezing, itching, etc. In most cases it is a localized inflammation: edema, redness, heat, pain.
Location in time. “Until I was 18, I could wallow in horsehair. But since then, as soon as I see a picture of a horse on television, I start scratching. Even the simple fact of hearing neighing can make me sneeze! “Sometimes the allergy starts at birth. In any case, there is a beginning, a rhythm, a regularity:” every spring since 1999 … “, “from the month of September”.

The opinion of renowned scientists

Ernest Rossi writes in his book “From the spirit to the molecule”, “a memory, insofar as it is linked to a given state of consciousness, altered by alcohol or barbiturates for example, is conditioned by the said substance. , and remains associated with it.

“When the substance is metabolized and disappears from the body, the allergen, the memories with which it is associated, dissociate or are momentarily forgotten. However, they are not really lost, since when we re-administer the allergen, the drug, the memories come back. If the memory linked to a state of consciousness is recovered, the learning and behavior derived from this memory can also be modified. Memories related to the condition could lead to psychosomatic problems. Healing is possible by regaining memory and peace in front of it, through therapeutic hypnosis or other forms of therapy related to the body and the mind. ”

Inspired by the latest advances in the neurobiology of memory and learning, Rossi uses and precisely traces the path that information follows, from the mind to the molecule.

I find this text appropriate and related to the subject that concerns us today: allergy.

What’s the plot? : a memory, a drama, for example a bio-shock, linked to an unpleasant state of consciousness (or unconsciousness), a resentment that hurts. A chemical substance, a rail (alcohol, barbiturates for example), the allergen present during the crash determines the presence or absence of resentment. The administered chemical, the memory, the resentment returns. Once the chemical is gone, everything is gone.

Let us now come to another text by an Ericksonian therapist: M. Malarewicz: “The symptom is considered in itself as a learning process. It is set on the basis of a physiological response, or a timely and relevant psychological positioning, in the face of a situation of aggression or emotional shock, to be reproduced later in the absence of the stimulus and at a distance from the original stimulus. , exactly how a tic pain works. The symptom is first of all a useful response, which the systematic approach continually reminds us of as a positive connotation, before being generally reproduced under a double demand, internal which we will call self-hypnotic and external, called hetero-hypnotic. .

What to add to this text?

I find these texts so close to Biodecoding that I often tell myself that before reinventing the wheel, let’s be curious to know what great researchers can teach us.

What new features does Biodecoding bring?

What does it bring

Allergy is the conflict of memory of the environment and the decor of the first time.
There is no allergy without prior shock.
Depending on the type of resentment at the time of shock, a certain part of the brain and body will be encoded.

Separation conflict (about an animal, a place, etc.) -> skin, eczema

If there is a notion of fear -> trachea, larynx

If there is distress, it “smells bad” -> breasts, hay fever.

Remember that there is not always a conflict linked to separation in the allergy.

The positive intention is twofold:

Being separated from the discomfort.

Get in touch with well-being.

This element (the allergen) serves as a danger sign, as in the case of prehistoric man who arrives on the meadow in autumn and remembers being attacked by a lynx the previous spring.

His biological unconscious (psyche, brain, organs) remembers him and he does not need to remember. It leaves the conscious mind free for other things.

1.b When one or more of the elements of the bio-shock (rail) are represented, the psyche-brain-organ triad immediately enters into sympathicotonia, in a phase of survival, of stress.

1.c If nothing happens (which is the most frequent: if the new bearded man does not attack him), this woman will enter into vagotonia: it is the allergy itself (rhinitis, eczema, inflammation). After the shock, a short sympathicotonia appears, and the patient immediately goes into vagotonia, the two phases overlap.

Young W no longer has her kitten, her father, who was up to it, “lost” her 50km from home. In the morning, the girl calls him and cries for him, but her father forces her to be silent.

He is in active conflict. Ten days pass and the kitten returns home, skeletal; the girl is very happy. But the kitten came back to die. The girl will be in permanent separation conflict. Whenever a cat is found, it goes into solution and purulent eczema appears.

The importance of rails without resentment

At the time of the shock, all the sensory elements are recorded (time of day, dust, noise…), it only takes one element (as long as it is significant) to reappear for the entire physiological reaction to reappear.

In the presence of horsehair, Mrs. Y relives the intrusion into her space without having to remember the drama, to feel an emotion of frustration, she sneezes. React in her for her. In the presence of a dramatic element, the rail, the reaction of physical adaptation appears immediately.

“Without knowing it, humans and animals alike registered the concomitant circumstances at the time of the crash. If these are shown later, these circumstances will cause what we call an allergy ”Dr Hamer.

It is always a mechanism that signals danger, referring to shock.

– 11-year-olds play doctor in the hay. Someone finds them, what a shock!

– Therefore, when they smell of hay, the old plague conflict returns. Memory induces hay fever. When this is explained, the seizures go away. There was a reaction to the pollen. We smell through the nose but also through other senses, such as the skin. As soon as the pollen comes in contact with the skin, there is a reaction, an immediate shock followed by vagotonia.

– A mother stops breastfeeding. The baby is struggling with weaning: separation conflict with the mother. The child receives cow’s milk = which reminds him of separation from the mother (since there is no longer any physical contact). Even when the child is in front of a glass of milk, there is a memory of the separation conflict, even hearing the word “cow”.

The sensory details of the shock must be reconstructed, according to the perception of the 5 senses. These are the red flags

The nine languages of the biological unconscious
16 July 2021

What is the transgenerational?
15 July 2021
Rechercher un article
Categories
Archives
Go to Top