The 1 life path in numerology 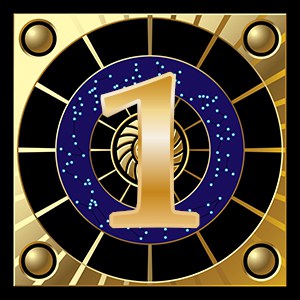 Numerology concentrates in a few numbers, the destiny of a person, his possibilities, his joys, his sorrows, the key dates, the great turning points of a life.

Called “science of numbers”, Numerology will explain, show, reveal the actions, behaviors, reactions, the forces at its disposal as well as the pitfalls to be avoided, the weaknesses that it is good to begin to blur, to learn to erase.

This is why it is said that “Numerology does not determine the experience but that it helps to understand it”.

The path of life 1

Prime energy, the number 1 in numerology likes to be the center of attention. Volunteer, he wants to realize his many ideas through his lively creativity. For that, he will not hesitate to throw what he has in mind. He likes to learn on his own and grow independently.

Dynamic, he devotes himself to his many activities, being occupied most of the time by a rich professional life, a social life, contacts that he cultivates and which will open certain doors or bring him some opportunities. Often, he will be able to be in the right place at the right time with the right people and thus advance his career.

Professional aspects of the life path 1

If he does not work alone, often he will supervise the work of his teams by issuing directives, by imposing certain instructions or instructions. He will certainly dispute any suggestions made to him. With a mischievous smile, he will listen but above all act as he sees fit. No one will tell him what to do. He does what he wants when he wants to. This is why the 1 gladly takes the first places, that of command or leader. He will be at the head of his activities or he will be entrusted with the levers of command for his management qualities.

Sometimes he will assert his authority a little too much, be aggressive, not listen to advice. He will often disagree with his interlocutors. Thus, conflicts will arise. There will be some enemies in the process. He will encounter difficulties, obstacles or conflicts. By his ingenuity, his competitive spirit, he will raise his head, defeat his opponents and climb the slope to the top. This is the energy of the number 1. It brings vigor, reactivity, energy to win the fight, to win the battles. However, he will be wary of his self-esteem which he will choose most of the time. He is advised to put his pride aside because with this state of mind, the promised opportunities will be even more numerous, the conquests to which he so aspires will multiply. He will thus be able to enjoy a social status or a position, very advantageous, sometimes envious.

To learn more about the Life Paths in Numerology, see our training courses

Some famous people carrying the vibration of the number 1

To learn more about the Life Paths in Numerology, see our training courses

Numerology inspires with its advice to live life to the fullest and thus embellish it as beautiful as possible.

In addition, articles on Numerology and the paths of life are regularly published on the blog of our site (www.numérologie-tarot.com).